5 Chinese Idioms That Will Help You Sound More Fluent

One of the things I love about the Chinese language is how expressive it is. I enjoy learning chéngyǔ (成語 – idioms, usually consisting of 4 characters) because they offer a fascinating glimpse into Chinese culture and history. Getting to grips with idiomatic expressions in a new language can be very difficult, but it will make you sound more sophisticated and help you on the path to fluency.

Here are 5 Chinese idioms you can use in conversation to impress your Chinese friends.

Hating iron for not becoming steel

I come across this one very often when reading. To me, the implication is that the expectation is futile since it would require the person to change their very nature.

Painting feet onto a snake

This is a very popular chéngyǔ. It reminds me of Coco Chanel’s fashion advice: “Before you leave the house, look in the mirror and take at least one thing off”. Sometimes simpler is better. You can find out more about the story behind this idiom in this cute video by Learn Chinese Now.

Speak of the devil, and he shall appear

This idiom appeared in this article as an example of why the HSK 6 exam is ‘too difficult’. Actually, this is one of the first chengyu I learned and it’s pretty commonly used. According to the internet (seems legit) the saying has its origins in The Romance of the Three Kingdoms ( 三国演义). The story goes that the emperor of the Han dynasty, Hàn Xiàndì (汉献帝) was attacked by 李傕 (Lǐ jué) Li Jue and 郭汜(Guō Sì). So, Hàn Xiàndì decided to send a message to Cáo Cāo (曹操) for help. But before he could even dispatch the message, Cáo Cāo had already arrived to save the day.

A Ming Dynasty portrait of Cao Cao. He does look like the punctual type.

The mantis stalks the cicada, unaware of the oriole behind

This one made no sense to me for a long time because I didn’t know what an oriole was! In my mind it was some sort of monster insect bigger than a mantis.

Turns out it’s a bird.

This idiom seems quite similar to 画蛇添足 at first glance, but in this case the addition of something superfluous has a more positive effect –  making something good even better, rather than ruining the effect.

Which Chinese idioms have you learned? How to Use Flashcards for Language Learning On My Bookshelf: Books I Use to Study Mandarin Chinese 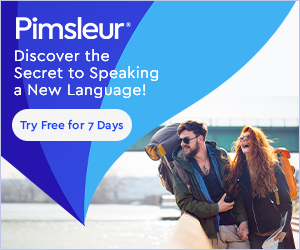 As an introvert, I find language exchanges a bit a

Share your #shelfie! What books do you use for lan

Day 47 (I think?) of quarantine and the only thing

👉 for some questions to ask when choosing a for

Who else is feeling the relentless pressure to ach