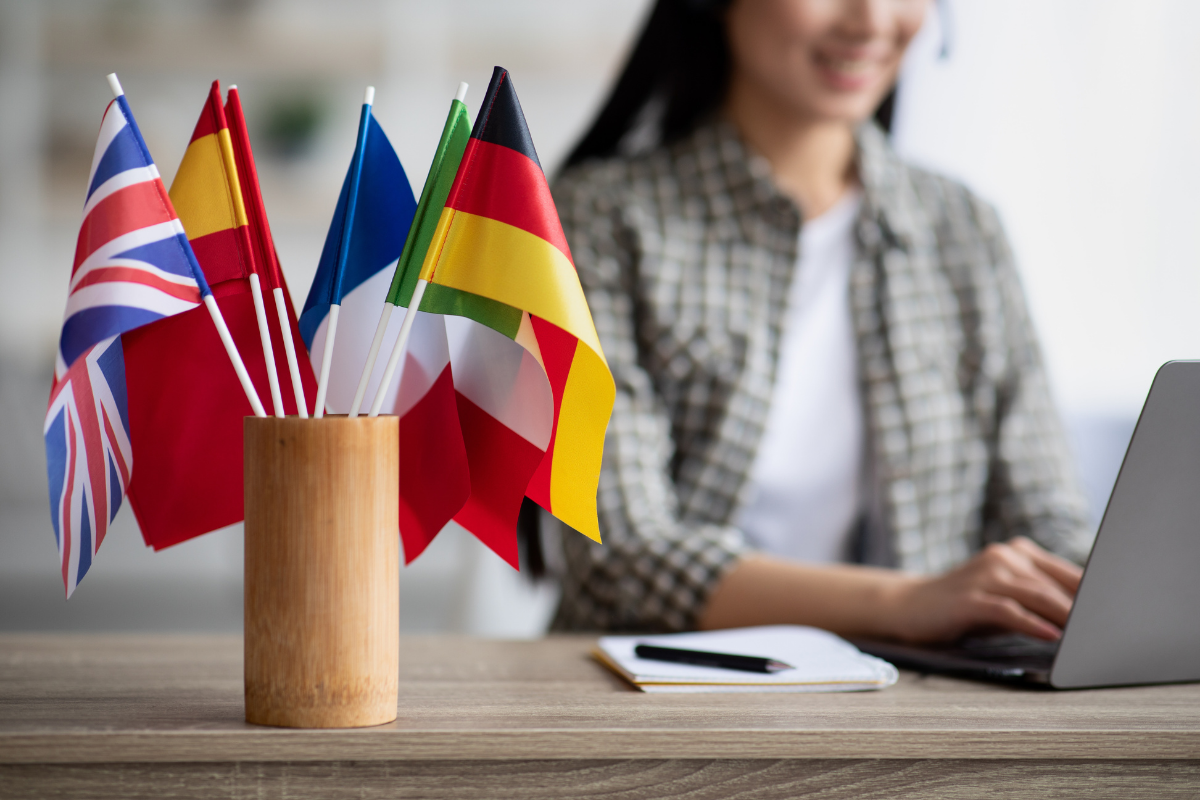 5 Languages That May Become In Higher Demand In The Future

This is a guest blog by KCR Consultants. Visit their website to find out more about  study abroad opportunities.

The top languages that are in high demand

Which language is most in demand?

There are more than 7,000 languages globally, and we can’t expect all of them to be popular. It’s up to us as individuals to decide which language we want to learn and use. According to a recent report by the British Council and Education First (EF), the five most in demand languages are Spanish, French, Portuguese, Arabic, and Russian.

These five languages may become in high demand in the future because they’re spoken in many countries worldwide with large populations that need teachers or translators for their school systems or businesses.

Spanish – The second-most spoken native language globally, with more than 400 million speakers worldwide, is spoken in about 30 countries. You can learn this language for travel, business, and international studies.

French–  French is an official language in 29 countries and is the native language of some 28 to 38 million people. It’s also a working language in organisations like the United Nations, International Olympic Committee, and World Trade Organization.

Portuguese – It’s spoken in Portugal, Brazil, and some African countries. Portuguese is set to become the second language of the European Union after English by 2025.

Arabic– Arabic has about 300 million speakers around the world. It is the official language in 28 countries, including Arab countries of the Persian Gulf, Afghanistan, and some African nations. Arabic is a working language in many international organisations such as the United Nations, so it’s an excellent choice for political science majors who want to study diplomacy or international relations.

Russian – A native language for over 160 million people across the globe. It’s also spoken in some post-Soviet states such as Belarus, Kazakhstan, Kyrgyzstan, and Tajikistan. Russian is a popular choice for those who want to work as interpreters because of Russia’s geopolitical status and its interactions with other countries worldwide.

What is the future for language learning?

The requirement for multilingual skills in the business world is on the rise. This means people who speak two or three languages will have a better chance of getting into their preferred careers and professions. So if you’re learning a foreign language now, you’re ahead of your time!

Is it worth learning a new language?

People who speak more than one language are in demand in the business world, especially in sales or public relations. These people can easily communicate with their customers in different languages even if they come from other countries. If you want to be successful, gain new opportunities, and travel worldwide, it’s worth learning a new language!

How long does it take to learn a new language?

It depends on the person learning the language. Some learners have an instinctive talent for learning languages, while others have to work harder at it. Your level of dedication and passion will also affect how fast you learn a new language. True masters of a foreign language can reach fluency in one year if they study five hours a day instead of three hours per week. It also depends on the level of language that you’re learning, whether it’s a beginner or advanced level.

How to learn a new language?

The best way to learn a new language is through speaking the words and phrases that you know with native speakers of that language. If you’re not living in a country where your target language is spoken, you can interact with people online via Skype where they’ll correct your mistakes and give you more opportunities to communicate with them. You can also record yourself speaking sentences and compare your voice with native speakers’ voices. Do this as frequently as you can to learn a foreign language well.

Which languages can you learn from YouTube videos, and which ones need audio lessons?

YouTube videos can teach you different languages and essential words and sentences. However, if your goal is to communicate with native speakers quickly or study for a test, you’ll need to take live classes or do self-study using audio lessons. Many language websites offer free audio lessons for you to download and listen to before going to bed or when you’re commuting. Some sites even have a mobile app so you can learn a foreign language while waiting for a train or riding in a taxi!

Which language should I learn?

If you’re looking for a language to learn, then you should know that different languages may suit your preferred lifestyle. Are you the active type who loves going on outdoor adventures? If so, then learning a foreign language can help you interact with speakers of that language and work as a tour guide if travelling to different countries becomes your career. Do you want a job that’s challenging and pays well? If so, then learning a native language of a nation can help you work there as a translator or an interpreter if their business sector grows worldwide.

If your goal is to live in another country one day, then it would be helpful for you to learn the national language of that country. That is because you’ll communicate with the people around you more efficiently and make new friends too. You can also work as a translator or an interpreter if your business sector grows worldwide, like medical transcription services.

There are many languages that people want to learn in the future, but which language is most in demand? It largely depends on your profession and location. For example, if you live in an English-speaking country like Australia, learning Spanish may not be necessary. However, if you’re living or working abroad where there aren’t many native speakers around, then it would make sense to learn their language to communicate with them better. We recommend considering all these factors when deciding which language to learn, and we also hope you find this article helpful!

The top languages in high demand are Spanish, French, Portuguese, Arabic, and Russian. With the increase of international trade worldwide, many people will need to learn other languages to communicate with others who speak different dialects or have a foreign first language. If you want to prepare for this change, it is best to start learning another language now so you’ll have an advantage over your competitors when these trends become more prevalent.

KC Raj is a socialist in thinking and believes in the “One Nation, One World” theory.

KC Raj is a career counsellor and recruiter with many years of experience. Interested in topics like human development, education, immigration, inequality, and many other international issues.

9 Ways to Learn a Language With Social Media

How to Beat Procrastination in Language Learning